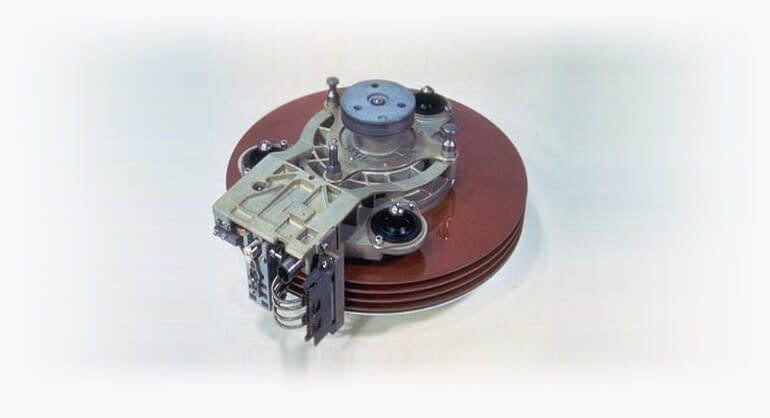 Journey to the past – the data storage milestones

A journey of a thousand miles begins with a single step – always. The same applies to technological progress – It begins with the simplest solutions, if you look at it in terms of time.

Take a look at the inventions which have become the starting point for present giant data centers. They were only the drop in the bucket, but remember, progress is a continuous process. It has continued, it is still ongoing and it will likely continue uninterrupted. Here is a glimpse at data storage milestones:

1900
The first magnetic recording introduced by the Danish engineer at the Universal Exhibition in Paris. 1961
IBM 1301 Disc Storage Unit – introduced the usage of head for each data surface. Every head has had self acting air bearings. 1962
The IBM 1311 Disk Storage. It was designed for use with several medium-scale business and scientific computers. The 1311 was about the size and shape of a top-loading washing machine and stored 2 million characters on a removable IBM 1316 disk pack.

The first publication about an idea for a computer network in “Intergalactic Computer Network” (J. C. R. Licklider, of Bolt, Beranek and Newman (BBN)). Those ideas contained almost everything that composes the contemporary Internet.

1969
The first message sent via ARPANET.

1970 – 1975
The Burroughs On-Line Disk File System – Burroughs releases a file system which stores over 48 million characters (approximately 48MB). It used large platters that have the rotational mass of almost 38lbs – it was really enormous. What is the most fascinating, the discs had to be equipped with electric brakes to stop the platters dispel to almost 3600RPM. More: PDF

1973
IBM introduced the IBM 3340 “Winchester” disk drive – it was the first significant commercial use of low mass and low load heads with lubricated media.

1979
The first thin film recording heads from IBM. This invention has allowed storing bigger amount of data in less amount of space. It also reduced costs and gave higher performance for users.

1981
The first list server hosted on an IBM VM mainframe over BITNET. 1994
The first rack-mountable server from Compaq.

1998
Google’s first server – Sun Ultra 2. It had dual 200Mhz CPUs and 256MB of RAM . It was located at Stanford University. Thi sounds funny when we think about the present 450,000 Google servers in datacenters around the world. Evolution of SSDs and HDDs, Cloud Computing, portable storage devices, microprocessor chips and many many other incredible inventions.

Future
Will there be biological computers and data centers? From time to time we can hear rumors about DNA computing, biochemistry and molecular biology used in computer technologies. This would be incredible from the standpoint of technology and perhaprs bioethics. Imagine, what if you would like to make a “format C:” of your live HDD? There are many alternative possibilities…