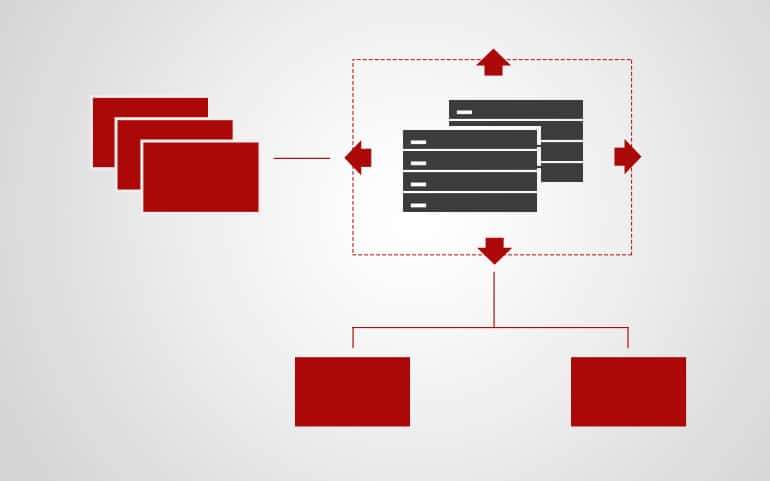 7 Little-Known Amazon EBS Features You Should Be Using

Amazon Web Services (AWS) continues to hold the greatest market share when it comes to cloud-based services, at least in part because of the significant number of options it offers. EBS is one such service that is used for everything from relational databasing to software development and testing.

If you are one of the millions that have adopted EBS, the following features might be able to help you get more from your operations and reduce some of the difficulties of managing this often complicated service.

AWS Elastic Block Store (EBS) is a storage service used in combination with Elastic Cloud Compute (EC2) instances. It allows the persistent storage of data during instance use and after applications and instances have been shut down.

It is a flexible, scalable service that can handle containerized applications, big data analytics, file systems, media workflows and databasing. EBS was designed for mission-critical systems and provides high availability as well as durability.

EBS has a ton of available features, many of which you may have overlooked when initially configuring your system. To ensure you’re getting the most out of your investment, check out these features and see if any of them could work for you.

Redundant Array of Independent Disks (RAID) is a storage architecture for storing data in multiple locations and is done to eliminate data loss caused by single points of failure. It can also allow you to increase your network throughput and I/O Operations Per Second (IOPS) by dividing workload and requests across multiple drives.

EBS allows you to use any RAID configuration supported by your OS but AWS recommends sticking to RAID 0 or RAID 1 to maximize benefit. RAID 0 will not provide data replication but can grant you higher performance than you can provision on a single EBS volume. RAID 1, on the other hand, won’t increase performance but will provide data redundancy for critical applications.

You’re likely already using EBS snapshots to create incremental backups of your volumes but you might not be getting the most out of this feature, particularly if you’re creating backups manually.

AWS Backup and Lifecycle Manager are both integrated services with automation capabilities. Automating your EBS snapshots through the CLI is also a possibility, especially if you want finer control. All three methods can reduce the amount of manual work you have to put into ensuring your data is backed up and help you save money by ensuring only relevant backups are kept.

Burst credits, used to offset sudden increases in activity, are a mystery to many EBS users until the first time they run out of them and have to manage an unexpected service outage. Luckily, just being aware of their existence can help you prevent a similar situation.

EBS volumes operate at a baseline performance and demands above this use burst credits. All EBS volumes are initiated with 5.4 million credits, enough to accommodate a burst of 3k IOPS for 30 minutes. These credits are gradually replenished once demands drop below baseline.

Knowing how burst credits work allows you to anticipate performance drops and restructure your volumes before an issue occurs. Or, to avoid this issue entirely, you can increase the size of your volumes, as 1TiB or larger volumes will always get maximum performance regardless of demand.

The only way to know you’re getting the best performance possible from your configuration is to monitor your metrics. Thankfully, Amazon offers a way to do so through its CloudWatch service, which automatically collects information in one or five-minute increments, depending on your volume type. These metrics can be viewed either through the CloudWatch console or accessed via the CLI or API.

By setting up alerts, through CloudWatch or a third-party application, you can keep tabs on volume throughput, IOPS, usage, and status, allowing a faster response should a volume fail or performance drop below your desired level. Knowing the health of your volumes and how they are being used helps you ensure that you are not paying for performance or storage you aren’t using.

Data that is unencrypted or inadvertently left publically accessible is a significant risk in all cloud services, including EBS. To help mitigate this, AWS recently added a feature for encrypting your volumes by default. Using default encryption can help you more easily achieve regulatory compliance and security goals by eliminating the chance that encryption steps are missed during volume creation.

This feature has an opt-in feature specific to region, is enabled through a simple API call, and can be managed through either the CLI or through Software Development Kits (SDKs). It even allows you to set your self-managed Customer Master Keys (CMKs) as the default key for encryption, allowing you finer control of who can access your volumes.

AWS allows you to use custom tags to classify and identify your volumes. You don’t have to use them but you should because they will allow you to benefit from a range of other features, including the previously mentioned backups and metrics. Following some tagging best practices will allow you to search, manage, and filter your resources for tasks like cost analysis as well as target them with Lambda functions, scripts used to perform bulk actions or automate procedures.

Tagging volumes from the beginning will make a huge difference in your later ability to organize and edit resources and can save you a significant amount of work when you need to restructure your system or locate problems.

Amazon Machine Images (AMIs) provide the information needed to launch an instance and can be used for multiple instances with the same configuration. They can be used privately or shared across accounts. Until recently, this sharing could only be done with unencrypted AMIs and required multiple steps in which an AMI would be copied to each account that wished to use it.

Now, however, you can share AMIs, encrypted with a CMK, across all of your accounts as well as any accounts with the CMK with an API call. This newly added capability allows you to maintain the security of your configurations while reducing the duplication of data and thus the cost storage.

Configuring EBS can be overwhelming, particularly if it’s the first AWS service you’re setting up. Once you get past the basic steps, however, you’ll likely want to begin focusing on how to optimize your system and reduce your costs. Hopefully, at least a few of the features covered here can help you do just that or at least give you some ideas to start exploring.