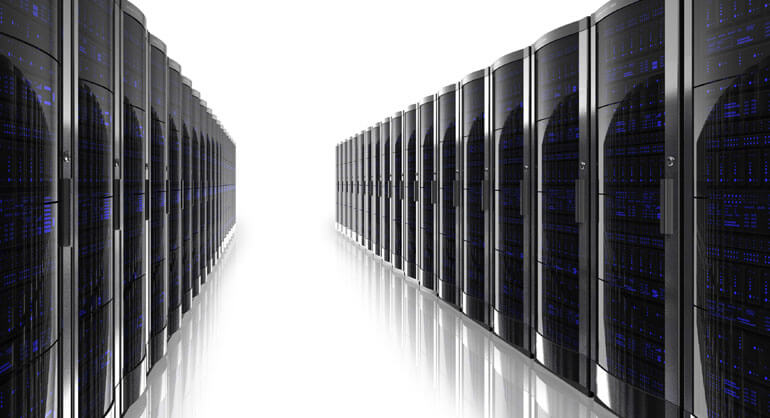 The biggest or the Geekiest? Data centers of our dreams

When we were younger, we had dreams – dreams about the future and technology. We remember science-fiction movies with all the flashing little bulbs hypnotizing us. Buttons have concealed mysteries, holding secrets about unattainable knowledge. And perhaps this knowledge, along with the incredible machines responsible for its storage, would even give us power to control the entire world. Was this all magic? Well, not exactly – not now, in the present. There are such places, although sometimes hidden. These facilities are safe, almost always air conditioned with an emergency source of power. There you can find expensive machines controlled by special, high-availability storage software which holds incredibly valuable data. Can you imagine it – the 1,1 million square foot data center facility? No? Why? It exists – in Chicago. And it is not the only facility of this kind. Take a look at our list of the largest data centers in the world:

The figures will say everything: It is 485,000 square feet and is supported by 32 huge 2 megawatt diesel backup generators with 200,000 gallons of diesel storage. In addition, the facility has 32 rotary (flywheel) UPS systems. Big toys for big boys. 538,000 square feet and 80,000 square feet of office space – data center and headquarters in one building. Furthermore, the company is using both solar power and thermal storage to save on energy costs for its huge operation. Big, trendy, and ecological – we like it! Rumor has it consuming less energy and less water than a typical data center. It is quite impressive, especially when we taking into account the size: 550,000 square feet. Its size is 750,000 square feet, with scale and flexibility, and abundant power (180 MVA available to site). It also has major fibre interconnects and security… That is what tigers like the best.

3. The NAP of the Americas, Miami, USA The NAP of the Americas, Miami, USA

It is big, it is safe, and is almost like a bunker. Not to mention it’s in beautiful Miami! Southbeach, bringin the heat. Can y’all feel that? Cermak is amazing, it has a certain vibe. One thing is the size – 1,1 million square feet. The second is its gothic architecture. It is neither modern nor newfangled, yet it has something you will never see at most data center buildings. It provides a unique sense of atmosphere, as it is impossibly large. It is no wonder why it consumes huge amounts of energy.

Cermak is currently the second-largest power customer for Commonwealth Edison (the first being Chicago’s O’Hare Airport). Once again, the figures speak for themselves: 4 fiber vaults and 3 electric power feeds – giving more than 100 megawatts of power. Grid power is supported by more than 50 generators fueled by multiple 30,000 gallon tanks of diesel fuel.

The cooling system is also amazing: 8.5 million gallon tank of a refrigerated brine-like liquid. Any questions?

… But the vibe does. We are all looking for something that we could call an atmosphere, for something showy. Something geeks like best. Something like IBM Green Data Center?
We all know – being “green” is “trendy” now. And IBM Green Data Center is the “greenest”. It is only 12,000 square feet, but it is the most eco-like facility ever raised. Sounds really good! But not when you are faint-hearted. So, maybe Iron Mountain’s Energy Efficient Bunker? Originally built in the 1950s as a nuclear bunker, it is “nuke proof”, high-security and it is home to one of the safest data centers in the world. Fascinating, theoretically, yet boring. For those of you that are not a kind of crazy eco-terrorist, if you are not paranoid, let us present our “the best of the best”, the geekiest, the real number one: WikiLeaks Data Center.

The Spy Who Loved Me

WikiLeaks Data Center is located in the granite rock of the Vita Berg Park, 100 feet beneath Stockholm. It sits at the site of a former bunker which was reopened in 2008 and redesigned by Swedish architect Albert France-Lanord. His goal was to create an underground, futuristic space – and one is sure, he did a good job. It has waterfalls, greenhouses, simulated daylight, and even a “floating” conference room rounded by a glass walls and lunar landscape flooring. It also has its own emergency back-up energy source (based on old German U-boot engines!) and is “nuke proof”. Well, we do not know if Julian Assange is really just storing all data, but… we don’t care!