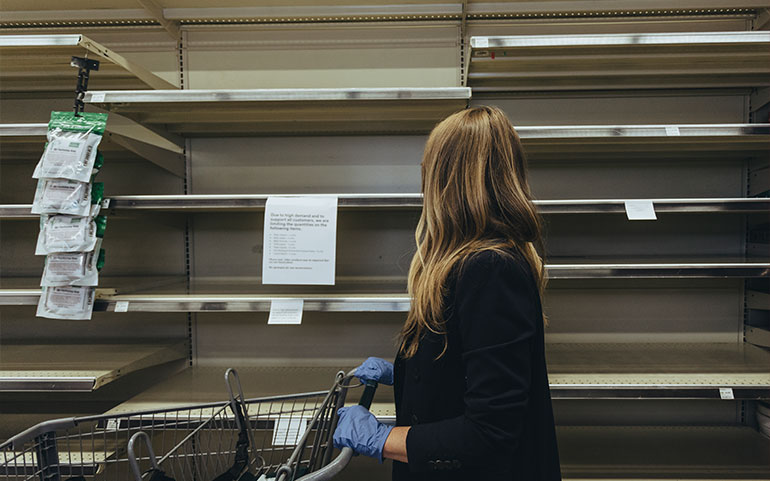 Vendor Lock-in in the Era of Hardware Shortages

Eoin Colfer once said “A monkey glances up and sees a banana, and that’s as far as he looks. A visionary looks up and sees the moon.” This is ever more impactful today as we face a world caught in the midst of hardware shortages. The shortages in 2021 seem like an unprecedented phenomenon, one which makes the situation that dozens of companies around the world face rather unenviable. Regardless of whether we’re talking about system integrators, or end-customers that need to scale up their infrastructure, businesses at the moment are suffering and awaiting better days. But while this seems to be an unprecedented situation, in fact, it’s not, and we’ve already dealt with similarly unexpected and disruptive circumstances from time to time in our recent history.

The History of Recent Hardware Shortages in a Nutshell

Back in 1986, an anti-dumping pact was established to break a rising monopoly of Japanese manufacturers that had intended to gain control of the worldwide computer chip market by flooding it with cheap products. This pact indeed stopped the Japanese from selling their products below the going rate and prevented them from gaining control over the market, but also made them export fewer computer chips in general. Unfortunately, the economists got it wrong and the rest of the world failed to fill the void left by the sudden decrease in exports. This led to the first well-known hardware shortage in IT history.

Several serious hardware shortages soon followed, like those in 1994, 2000, and 2004. These shortages were triggered by successful technology breakthroughs, such as the widespread use of personal computers, and then another wave involving cell phones, each causing demand-driven disruptions to the market.

The IT market is also surprisingly sensitive to natural disasters. I remember well the massive floods in Thailand, in 2011, that impacted more than 1,000 factories and stopped the manufacturing process of critical parts for computer hard drives for months. The situation deteriorated even further after an earthquake hit Japan in the same year, which caused a severe shortage of NAND memory chips and displays. It was indeed a tough year for everyone involved.

Today’s situation is actually even more complex. We’re now facing a unique mix of coinciding events whose adverse effects happen to overlap. In 2020, due to the COVID-19 pandemic, we saw a massive boom in remote work worldwide, which created an extraordinary demand for new tech solutions and hardware. It also forced several processor plants to shut down. Restarting the processor plants, as well as re-establishing the supply chains that they were a key player in, to their pre-pandemic levels will be a lengthy process. If that wasn’t enough, the new Chinese cryptocurrency called Chia, which utilizes storage space rather than CPU or GPU power for mining, made the beginning of 2021 even more competitive.

We can now see that the nature of hardware supply disruptions tends to be cyclical. If Benjamin Franklin’s famous quote was updated to reflect our modern world, it’d be: in this world, nothing can be said to be certain, except death, taxes, and problems with getting the computing components of your choice from time to time. What lessons can be learnt from this?

The more dependent your business is on specific hardware, the more painful any disruptions of that hardware getting to the market will be for your business. This may seem like an obvious statement but, given the general tendency of, on the one hand, businesses tending to focus on a few chosen solutions and manufacturers, and, on the other, customers being kept in a vendor lock-in to increase their loyalty, what choice do we really have?

Vendor lock-in makes you dependent on hardware from a specific vendor, making it impossible for you to use another vendor’s equipment even though theirs might be more commonly available or just better priced, without bearing significant switching costs. In a demand-heavy market where the main selection criterion is stock availability instead of hardware price or performance, the vendor lock-in might be a kiss of death for your business.

When considering your IT architecture components and required software, it’s worth planning for not only times of prosperity but also for times of crisis, which will inevitably someday come. And for dealing with all those hard times, there’s no better solution than hardware-agnostic software that allows you to get a decent setup at an opportune time, instead of having to wait with all the other distressed customers and buy whatever the vendor is selling, if anything at all, because the choice is no longer yours to make.

Questions to be asked

Before you start implementing a new data storage solution, it’s worth considering the business consequences of both your hardware and software selection. You should carefully consider the questions below before making your choice.

If your business core is based on an IT infrastructure (and which one is not these days?), it might be time to diversify your supply chains. Hardware-agnostic software is key to this as it provides you with the flexibility of choice as well as the possibility to resiliently adjust to any market situation. Why is this? Well, it’s because hardware-agnostic systems do not require any modifications to run on a variety of devices, while also being able to provide a high level of compatibility across most common systems and platforms. So don’t monkey around with your business, be the visionary that makes it a key priority to get hardware-agnostic software so that your business and future can be protected from both, any hardware vendor lock-ins as well as the ever-changing marketplace.

By Krzysztof Franek, CEO of Open-E