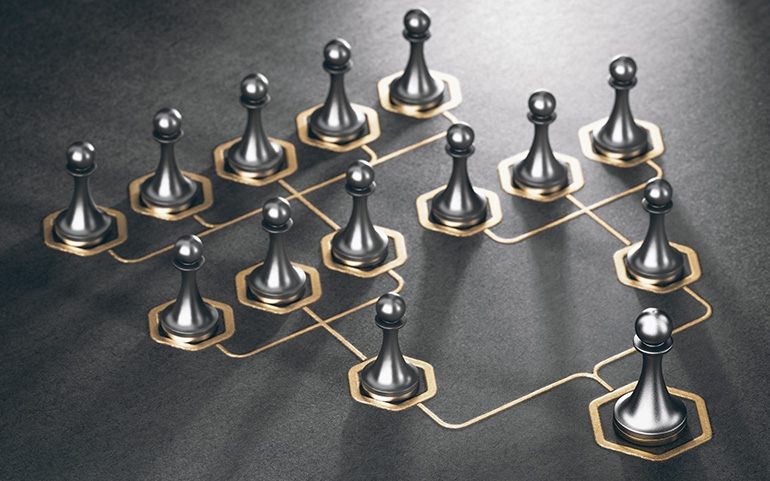 Choice is a wonderful thing. And we at Open-E really believe this. That’s why we created Open-E JovianDSS and added a vast amount of specific, unique customizations that let our customers create exactly the right solution for them. In this article, we’ll be looking at our three main server topologies: the Single node, Shared Storage and Non-shared Storage. These three topologies differ slightly in how they are structured and implemented as well as their licensing requirements but all three have a wide variety of customization options that allow for a great amount of versatility in how they are used.

It’s important to note that no one topology is superior to any other and all have their uses. Their differences are mainly accentuated by the choices that each individual customer makes, allowing for some very bespoke setups. For instance, every setup could be made to be everything from lightning quick but not all that secure to somewhat slow but extremely secure just based on the hardware choices made, security options taken, and the hardware the customer already had to work with. As such, we’re not going to go into what setup is fast or slow, secure or not so secure etc., in this article as these are very much customer choice dependent and would require us to account for a lot of unknowns. Instead we’re going to focus on the hard technical differences and outline the different options available in each topology as well as how to purchase each. With that said, let’s begin.

In terms of topologies, the first type of setup we have is the Single node. We can use this option by simply getting an Open-E JovianDSS Product License as well as a storage extension of our choice. This license is our base license and is required for every type of setup we have. The Single node setup is our most basic setup in terms of hardware requirements. It’s typically just one server and a storage device. Single node setups are often used in conjunction with other systems or as auxiliary backups. They are very commonly used by larger organizations to store backup copies. We have variants of this type of setup that use external FC, SAS, and internal HDDs, which can also be SAS.

This second type of setup we have is the Shared storage cluster. You can get this setup by purchasing the Standard HA Cluster Feature Pack license in addition to the Open-E JovianDSS Product License as well as a storage extension of your choice. In terms of architecture, all it is is two nodes, i.e. servers, joined together with one or multiple “Just a Bunch of Disks” (JBOD(s)) that are attached to both nodes simultaneously (i.e. shared by both nodes). There’s a “stretched” metro FC setup that allows you to separate the cluster into two separate locations as well but that setup specifically requires fibre channel to work.

It should be noted that the Shared storage cluster typically comes in two configurations, one that typically has better performance but initially costs more, the Active-Active solution, and one that has lower performance but is more cost effective, the Active-Passive solution. Both of these plans provide instant failover and unrivalled uptime in regards to production efficiency but with the former, you get the performance boost of having access to multiple active nodes at the same time, hence the better performance, while with the latter you get a more cost effective solution that allows you to have an active production node and a second, passive node, that acts as a secondary safeguard should anything go wrong with the active production node. Should that happen then production could be switched immediately to the secondary node without any loss of data.

The reason why the Active-Passive option is more cost-effective is because only the active node has to have hardware capable of carrying the production load for significant periods of time while all the secondary node requires is hardware capable of maintaining that load for times when the main production node is down and as such can have a less optimal setup. It should be noted that the Active-Active solution does need to be a bit more performance-capable as it has to handle its own resources as well as the other active node’s resources should that node go down.

In terms of the variants we have available, there’s quite a bit of variety. For instance, we have several Shared (common) storage variants that include two servers that share a storage device. These variants can be connected via SAS, FC or even have internal 2-channel HDDs but those require specific hardware. There’s also a Cluster-in-a-Box variant where there are two server nodes all inside one main server box hence the name. Both of these come with NAS or SAN failover available.

If neither the Single node or Shared storage setups interest you, it’s always possible to opt for one of the Non-Shared HA Cluster configurations that Open-E JovianDSS supports. What makes the Non-Shared HA Cluster unique is that both nodes have their own storage devices. To get one of these setups, just purchase the license called Open-E JovianDSS Advanced Metro HA Cluster Feature Pack along with the base Open-E JovianDSS Product License as well as a storage extension of your choice. With this setup, you also get two nodes but they are connected by Ethernet and don’t require 2-channel JBODs. In this setup each node has its storage mirrored on an operating system level via the Ethernet connection.

With this cluster it’s possible to set up two nodes up to 80km apart thereby practically ensuring that should a fire, flood, or foul play happen to occur in one of the locations, the other won’t be affected.

Non-Shared Storage HA cluster setups have several different variants, each with both NAS and SAN (iSCSI or FC) failover available and use Ethernet to connect the two nodes. The nodes each have their own storage devices and do not share these devices. These setups allow for the use of servers with internal HDDs as well as for JBODs which are connected either via fibre channel or SAS.

Now that we’ve discussed all the setups that Open-E JovianDSS provides, let’s just have a quick look at Open-E and what it is that we do. Open-E was a company that was founded over 20 years ago with a simple purpose in mind. That purpose being, to create the best, most secure, and flexible data storage solutions and then provide them at a reasonable price to the market.

After creating several award-winning products like Open-E DSS V7, we’ve taken it upon ourselves to now combine our knowledge of storage solutions with a product humbly titled the “last word in file systems”, ZFS. Combining our knowledge with ZFS, we’ve created Open-E JovianDSS, a product that has a plethora of features that allow for everything from data acceleration, achieved through the use of technologies that boost data storage space optimization like compression and deduplication, to data integrity, ensured by using mechanisms like self-healing and atomic transactions.

Given the wide variety of licenses, setups, and configurations that Open-E JovianDSS comes in, we’re sure we have a setup that could just boost your business to the next level and give you the peace of mind of knowing that your data is in good hands. What do you think, is having a tested, secure, stable storage solution worth it? Do you prefer to have servers in multiple locations or is just one enough? Let us know in the comments below!

Check out your opportunities in data storage with Open-E JovianDSS software by downloading a 60-days Free Trial!