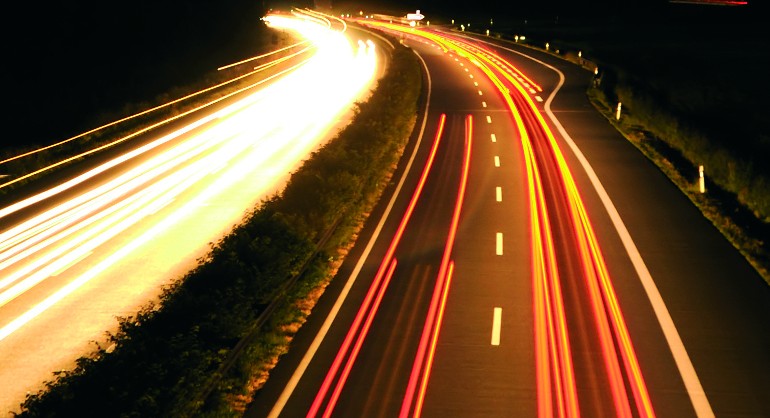 DOM Kurier GmbH is an established logistics provider whose portfolio includes not only standardized transport, but also direct and overnight delivery as well as advanced warehouse processing and commissioning services. Their huge IT infrastructure required a comprehensive renewal and below we present the company’s storage challenges and how they were solved with the help of Open-E DSS V7 data storage software running on Fujitsu PRIMERGY hardware.

It was clear from the very beginning that the current IT environment was not able to fulfill all requirements of the planned infrastructure. The existing storage software and backup system of DOM Kurier was reaching its limits and the company was looking to significantly increase their performance and storage capacity. Additionally, their backup was currently running on one level only – so DOM Kurier aimed for more redundancy and best if the solution was cost-efficient. The network was also an important issue.

To meet the company’s constantly growing demands, the new storage OS had to be very scalable and all components had to easily migrate and expand in regards to future implementations of cluster solutions.

On software and replication levels, DOM Kurier’s infrastructure is now running on Open-E DSS V7 and Unitrends Virtual Backup Software which both provide redundancy and cold stand-by functionality. By mirroring all data with the replication feature in Open-E DSS V7, downtimes can be reduced to ensure business continuity. Finally, the storage solution has been prepared for capacity extension and cluster functionality in both hardware and software matters, so that it could be adjusted with Open-E’s workflows as business requirements grow.

For the hardware setup, A-H-S Computer installed the latest components by Fujitsu and Bytec, which are both certified for Citrix XenServer. 
„The basic idea behind the new processes was the increased requirements that logistic providers needed to fulfill. To be able to meet the quickly changing demands of customers, we were looking for an infrastructure that supports the workflow of our staff and doesn’t slow them down. This is why we need qualified IT partners who understand our needs and can convert them into operational structures immediately.”